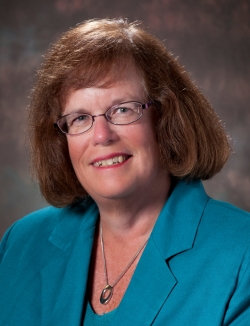 LKS spotlights student and alumni members that are making a difference in their chapters, in their communities, and in the field of pharmacy.
Chapter: Eta Alumni Chapter
LKS Award: 2016 Award of Merit
About Patricia:
Fraternities were a big part of the social scene at the Philadelphia College of Pharmacy in the 1970s. Both Lambda Kappa Sigma and Kappa Epsilon were on campus, as well as all four (what were then men’s-only) pharmacy fraternities. I joined LKS and was an officer (including president) of Eta Chapter for four years. I worked for a PCP staff member (Frances Curran) who was the faculty adviser and a Grand Council member. After graduation, I served on Grand Council (1976-1990), including being Grand President (1984 to 1988). I attended my first LKS convention in 1972 in St. Louis and have only missed one since!
Most memorable LKS experience?
The lifelong friendships with so many sisters.
What advice would you give to fellow sisters?
LKS membership is a conduit to lifelong friends, support and networking.
Why are you a lamb for life?
I think the Core Values say it all: Integrity, Leadership, Scholarship, Service and Sisterhood.
What job would you do if you weren’t a pharmacist?
I would be a TV weatherperson! It’s been my dream job since I was a kid.
Erin RogalaAlumni Spotlight: Meet Patricia Kienle!07.08.2019